This is the post about l2w version 1.0, a Latex to WordPress converter painstakingly put together by me with big help from the LaTeX community. Click here to download it. Below is an example of what you can do, taken at random from my class notes which were compiled with this script. I also used this in conjunction with Lyx for several posts such as I believe P=NP, so you can also call this a Lyx to WordPress converter. I just export to latex and then run l2w.

This might work out of the box. More in detail, it needs tex4ht (which is included e.g. in MiKTeX distributions) and Perl (the script only uses minimalistic, shell perl commands). Simply unzip l2w.zip, which contains four files. The file post.tex is this document, which you can edit. To compile, run l2w.bat (which calls myConfig5.cfg). This will create the output post.html which you can copy and past in the wordpress HTML editor. I have tested it on an old Windows XP machine, and a more recent Windows 7 with MixTeX 2.9. I haven’t tested it on linux, which might require some simple changes to l2w.bat. For LyX I add certain commands in the preamble, and as an example the .lyx source of the post I believe P=NP is included in the zip archive.

The non-math source is compiled using full-fledged LaTeX, which means you can use your own macros and bibliography. The math source is not compiled, but more or less left as is for wordpress, which has its own LaTeX interpreter. This means that you can’t use your own macros in math mode. For the same reason, label and ref of equations are a problem. To make them work, the script fetches their values from the .aux file and then crudely applies them. This is a hack with a rather unreadable script; however, it works for me. One catch: your labels should start with eq:.

I hope this will spare you the enormous amount of time it took me to arrive to this solution. Let me know if you use it!

1 Example of what you can do

First, some of the problematic math references:

Next, some weird font stuff: 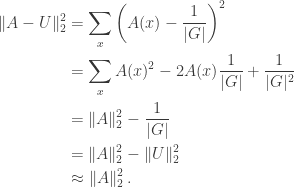 is the alternating group of even permutations. We can see that for the first groups, Equation ((2)) doesn’t give non-trivial bounds.